At some point or another we all have visions of cruising down the road with the sun shining, top down, radio playing our favorite song, and the wind blowing through our hair. It is for that reason that even for people who aren’t necessarily car enthusiasts, it is easy to be amazed at the Automotive Aftermarket Products Expo (AAPEX) and the Specialty Equipment Manufacturers Association (SEMA) shows held in Las Vegas. I recently attended and met with a variety of the top manufacturers in the industry. I also got to see some of the latest trends and new products in Automobiles and Automobile Accessories. 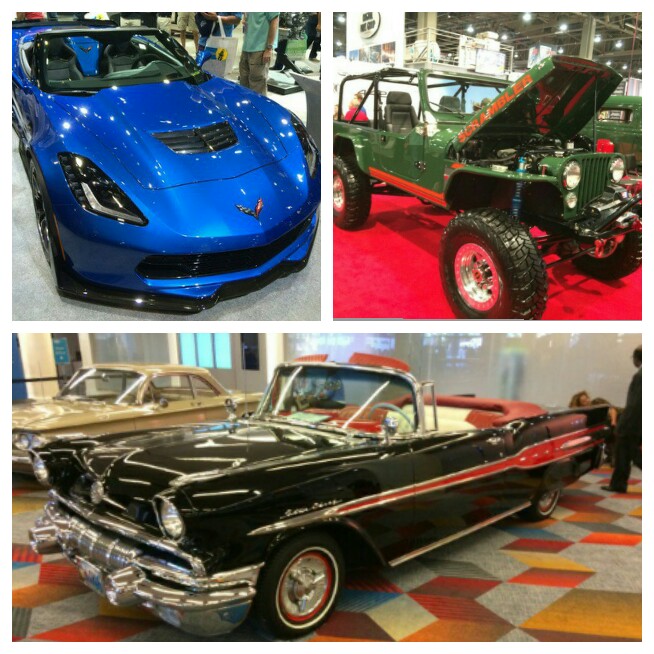 These could inspire car fantasies including the Corvette, Jeep, and Pontiac Star Chief.

The AAPEX show was held at the Sands Expo Center, where SEMA is held at the Las Vegas Convention Center, both spanning 4 days of exhibitors, seminars, networking, and product demonstrations. This was a great avenue for me to network and get valuable industry feedback on the Automotive items that Enhance has developed and is looking to license.

The AAPEX and SEMA combined are one of the biggest shows that Enhance attends, and there are companies that attend in all aspects of the automotive world. It was a very busy show pitching products to a variety of companies including 3M, Slime (ITW Global Brands), Talus Products, Striker, Astro Pneumatic, Cequent Performance Products, and Homak to name a few. I had met with Slime in the past, and knew of their growing bicycle product line. Coincidentally, we had a couple bike items in our portfolio that we had a meeting to discuss and they gave me valuable feedback on.

One of the most interesting things and most popular areas at SEMA was the 3D printed car that Local Motors built and drove out of the Las Vegas Convention Center. As you can see from the pictures below, you could see the car being printed and built in front of you. The first step was the 3D printing which lasted approximately 44 hours. The next phase included 8 hours of milling followed by assembly of the vehicle. Not only was this one of the most popular areas of the show, but also the most relevant to some of the things we do at Enhance. 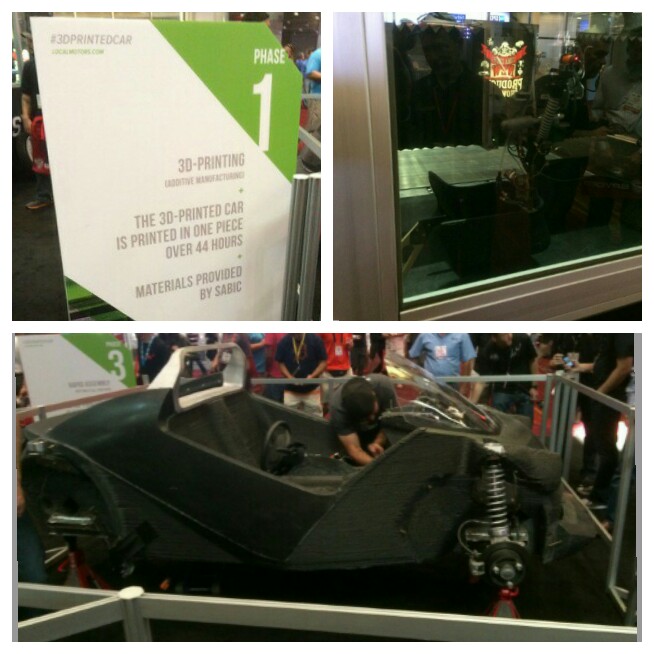 We have a 3D printer which our clients have found to be a valuable service to them in quickly printing parts, models, or prototypes for use in licensing presentations, but also as the basis of engineering before moving to manufacturing and production runs.

We had a great time attending this show and can’t wait to do it again next year! 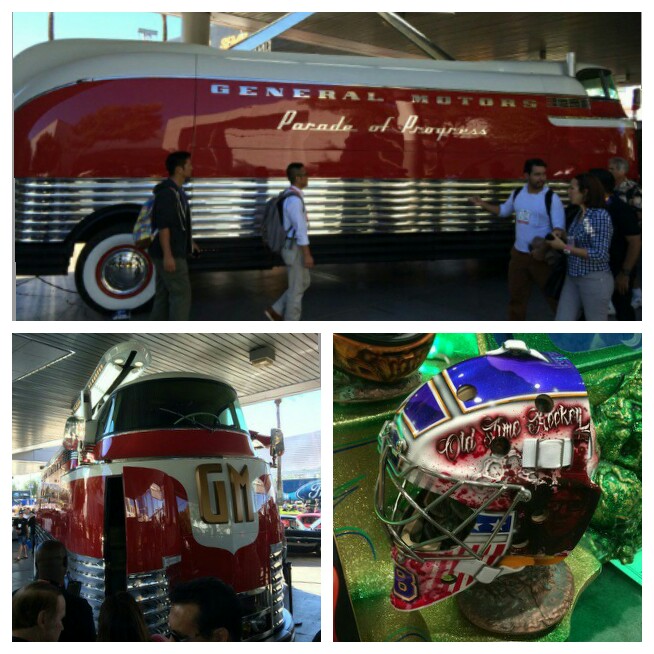 GM Futurliner used in the 1940’s and 50’s to display modern advances in science and technology such as jet engines, microwave ovens and television. Autobody paint isn’t only for automobiles, an ice hockey goalie helmet on display.